Art in the Alleys 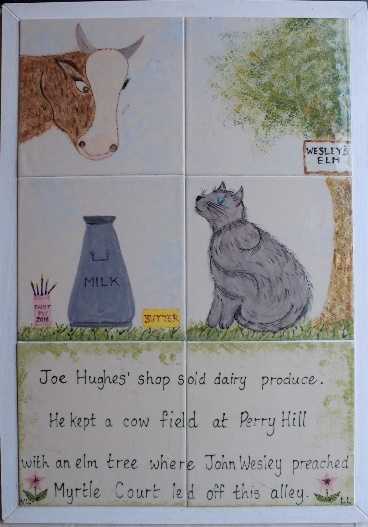 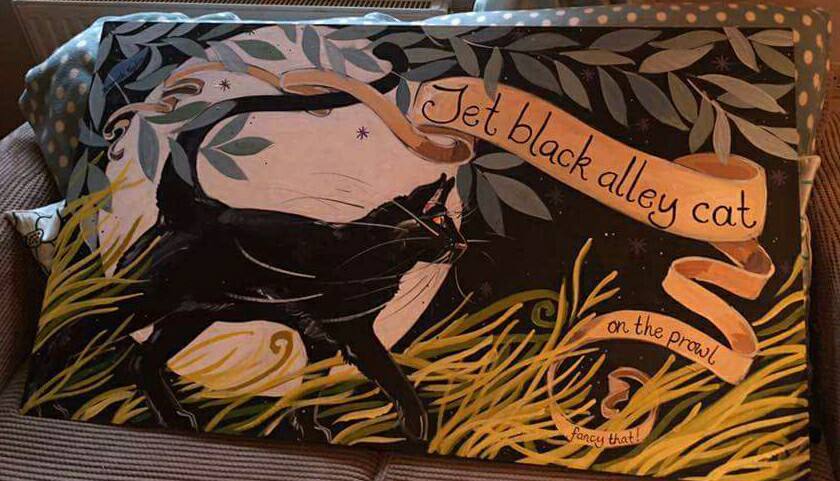 Project Alleycat is founded on the belief that art – creating and experiencing art – is an important tool sin promoting social cohesion and appreciation of the physical environment. From the beginning we have wanted to create “art in the alleys”, both permanent and temporary works by local (-ish) artists. We have been fortunate in that the local artistic community has more than met our hopes. During the so far short life of Alleycat we have inspired or commissioned no less than seven permanent works.

Lezli Lawrence has provided three works reflecting the history of alleys off Barton St in glass, ceramic and metal, and with assistance of her daughter Verity Lannie and metal worker Steve Campbell.

Warder’s Alley houses our biggest work (to date) the Cheshire Cat. A fine example of community collaboration, this mosaic was created by pupils of Alderman Knight’s school, to a design by Eastnor Pottery, and sponsored by Leonard Cheshire Disability. The mural depicts the Cheshire Cat from Alice in Wonderland, with an excerpt from the book: “Well I’ve often seen a cat without a grin,' thought Alice 'but a grin without a cat! It's the most curious thing I ever saw in my life!” 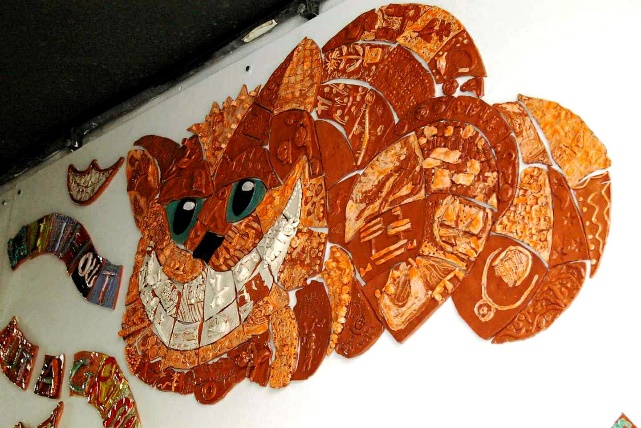 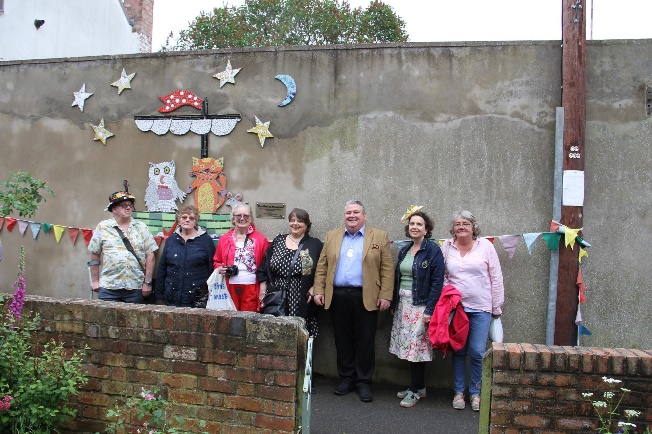 The Cheshire Cat and the Owl & Pussycat – community mosaics, commissioned by Alleycat

In Gravel Walk, we have another example of community art “The Owl and the Pussycat” mosaic by the Fairshares Craft Group, led by artist Jo Teague, with assistance from Adult Education, Gloucestershire. 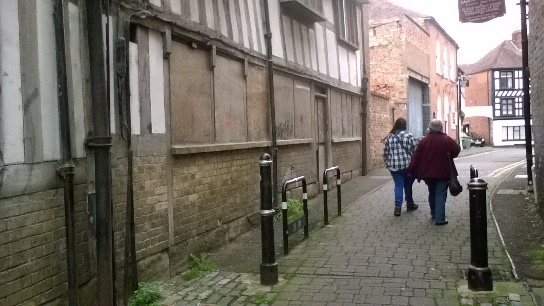 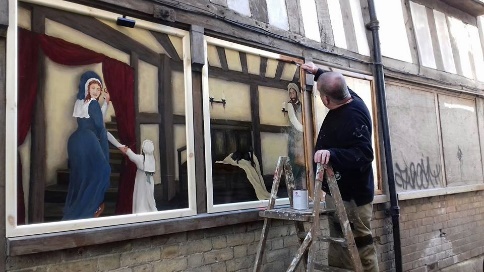 Tolsey Lane, Before & After the first 3 panels are installed

The latest work “Through the Windows” is found in Tolsey Lane. A three panel mural by Maxine Williams, it covers some of the boarded up windows in Cross House, one of Tewkesbury’s oldest buildings. The before and after pictures show how art can improve a decaying space. Although Alleycat had plans to extend the murals to replace all the boarded windows, the future of this work is in doubt as new tenants of Cross House are looking at refitting windows. Although this will result in the loss of “Through the Windows”, we see it as a positive result: revitalising another alley!